Savills Report On the State of the UK's Housing Crisis 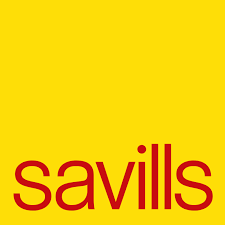 The house building industry is on track to deliver the government’s target of one million new homes by 2020, says a report recently published by Savills. According to Energy Performance Certi­ficate records, the number of new homes completed in the year to June 2017 hit 211,000, up 49% in three years.

Developers have increased the number of market homes they deliver by 56% over the same three-year period. Independent of Help-to-Buy, and excluding affordable housing, the number of new homes absorbed by the market grew from around 70,000 per year between 2009 and 2015, to 110,000 in 2017 – a huge increase on past years.

The new research carried out by Savills says the challenge now is to continue expanding supply in the highest demand areas to improve affordability. The government also needs to tackle the problem of undersupply in the south east and there needs to be a regional market-led strategy for land release, including a programme of green belt swaps put into place.

Affordable housing delivery halved between 2015 and 2016, but this went largely unnoticed in the total house building ­figures. Instead, house building carried on expanding, and it is the market that has sustained delivery levels, principally through people buying houses with no form of support.

Government money going into affordable housing and Help-to-Buy, supporting demand for new homes, is likely to have been a key factor in building the confidence needed to expand capacity. Savills also noted that a new catalyst is needed if the UK is to build the 300,000 homes per year that are required to ease affordability issues for home buyers.

Previous article
Is Scotland the Next Investment Hotspot?
Next article
Mortgage market commentary from UK Finance
Join to Repolist now
take advantage of our low cost subscription plans to access all reposession and auction data